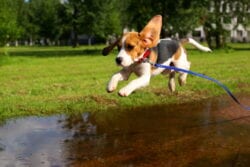 Timing is Key: Be Early, Not Late in CPG

I shared a great article yesterday on LinkedIn about some research done by the least well-known Silicon Valley investor – Bill Gross. His investigation of why his own firm’s investments fared so much better in terms of scale/durability than startups out of his reach might seem a bit biased. He did as good a statistical analysis as he could and surfaced the paramount importance of market timing.

This is not a new variable in investing, especially venture capital investing. That’s for sure.

Interestingly, though, in consumer packaged goods (especially food and beverage), my research strongly suggests it’s much worse to be too late. You can see this in the fate of many jerky and RTE popcorn brands that launched via SkinnyPop and Krave’s inspiration. While it’s not impossible to scale as a second-mover with strong innovation, when you slip to 3rd, 4th, 5th position and beyond, then you find yourself in a fast follower position. This position requires enormous cash resources and industry connections, even if you want to scale exponentially. This is a position best taken by public firms with lazy line extension copycats.

Being too early is a real problem in technology because there is usually an infrastructure problem that was overlooked and can’t be accelerated by marketing. In CPG, though, being too early affects your pace to scale primarily, not your odds of persisting. It never ceases to amaze me how tiny niches can sustain premature innovations for years until their time is right. Essentia water is perhaps the most extreme example. Siggi’s is a more favorable example. The advantage of being too early is that you get to build the attribute-outcome signal as a cultural phenomenon with your early fans. This creates higher repeat $ rates, greater retail sales efficiency, and a much healthier brand overall. More importantly, as long as early is tied to a novel manufacturing standard or formulation, it will create insulation right away. Most potential mimickers will laugh and avoid the idea, especially if you’re not scaling.

One way to understand your market timing is to purchase some kind of comprehensive list of brands in your space. This is a mature reason for early purchase of Nielsen, IRI and SPINS data. If you’d like to learn more about how to order and analyze this data for competitive analysis, my new course is in beta release now. The first two sessions are available, with the third on its way in a few weeks. Register HERE to get immersed in this valuable strategic planning resource.

Check out other founder resources elsewhere on my site.