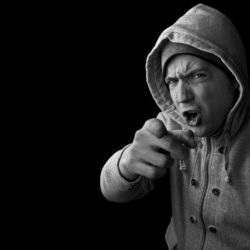 I have watched one entrepreneur with a very strong product line (and even strong velocity growth) more or less alienate any and all nodes of influence beyond his retail buyers with his needless, online ranting.

How? Through unnecessary personal attacks on social media, especially LinkedIn.

It’s one thing to post critically and intelligently about a class of stakeholder, though that’s better left to someone like me who is financially independent of all of them.

It’s another thing to rant AT an individual specifically who is NOT a public figure, but a major industry stakeholder. These kinds of exchanges have left this guy blocked and burned in ways the individual doesn’t yet appreciate.

When I say post as IF you’re pitching, I’m not saying you should be pitching in your posts. Please don’t. Social media is for performance, networking, and amplification. It’s not a sales channel.

I say post as if you’re pitching because it will put you in the right impression management frame of mind. It will focus you on burying your anger, resentment, frustration, or bitterness so that it doesn’t come out in your posts.

I’m well known for my occasional ‘outrage posts’ aimed at either:

a) a general class of stakeholder, or

b) at rich-white-men-behaving-badly and all in the spirit of making sure founders don’t get taken advantage of in an industry not known for its sterling ethical standards.

The latter are ALL public figures as well.

I have the privilege of expressing my outrage at real problems with specific stakeholder groups because I can’t be bought or intimidated by any of them and don’t receive affiliate fees or anything else from them. But, unfortunately, founders don’t have that luxury. So, play it cool all the time. Yell at your teddy bear.