The Majority of Serial Entrepreneurs ‘Fail’ with Their Second Venture 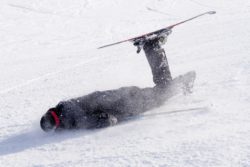 The Majority of Serial Entrepreneurs ‘Fail’ with Their Second Venture

Wow. I knew it was bad, but not this bad. Where did I get this figure? From my early reading of Why Startups Fail? By Tom Eisenmann. In the book, he mentions research that indicates only about 22% of serial entrepreneurs’ second ventures succeed (i.e., succeed in making more money for early investors than was put in or more than a solo founder put in without investors).

Last year I talked at length on my podcast about how serial founders in CPG tend to vastly over-estimate their ability to repeat the win.

Look, it’s a rare achievement to exit and scale a business. It doesn’t happen to most people who start, to be honest with you. So, it’s awfully easy for anyone to understand how the emotional experience of pulling that off might easily confer on one’s mind a false sense of control and newfound power.

I’ve been in consumer-packaged goods as a consultant for almost 20 years and have researched the history behind most of the major nine figure premium CPG brands today. Not all of them, but most of them. And I still only know six to seven serial founders in CPG who have created three plus nine figure businesses, de novo, from scratch, from nothing. Three is a trend, BTW. Two could still be luck.

So, just because a serial entrepreneur can get to market easier and maybe cross-channel much quicker than you, the inexperienced founder, doesn’t mean that their second or third idea has any merit whatsoever. As I’ve talked about in other contexts, retail buyers are actually quite bad at predicting what’s going to be a big hit. Really, really quite bad on average. And in some chains, they have an incentive near-term to replace failed startups with more random guesses just to boost penny profit per square foot, even just a little off of the initial trial. Moreover, serial founders easily charm their way because they can easily convince buyers that they’ve done this before and know how to support a brand launch. It’s an easy claim to make, but it’s not necessarily true, especially when the serial founder is doing it as a hobby the second time around.

Serial founders often believe they have serial innovation genius when, in reality, their real key strength is simply a more powerful industry network and the ‘social proof’ of having scaled a brand once before.

So, the next time you see one of these guys beat you to an account, grab irrational shelf space in their first year, get a ridiculous series A from the United Arab Emirates, or whatever, just ignore these people immediately. Stop thinking about them. Focus on your own business, your own competitive strategy, the known best practice KPIs that I discuss in my book, and others discuss as well and push forward. I’m not suggesting that you shouldn’t network with serial entrepreneurs, by the way. Why not?