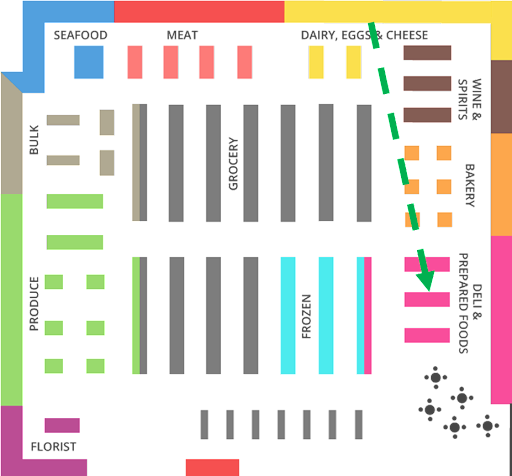 You are in the Wrong Category With the Right Innovation

Actually, I don’t know if you are. But what if you are? Categories are cultural spaces full of meanings and experiential expectations. Cheddar cheese tastes like X. I tend to want it on Z, but not on W. And down the nuanced rabbit hole we go.

The point I want to bring up if you are in Phase 1 or Phase 2 is that it is very possible you have an innovation that would unlock more demand in an adjacent (or even in a not-very-adjacent, but culturally related, category).

Until hummus took off in the late 2000s, some retailers stuffed it into the dairy case. But it always sold better in Deli.

There are also counter-factual cases like refrigerated pasta sauce, which still sells at a fraction of the volume as shelf-stable, even in the same jars. I have no great explanation for this other than that the act of sealing pasta sauce in a jar appears, even to sophisticated shoppers, to be a ‘maximum fresh’ move. Chilling it appears to add nothing symbolically in our brains.

Sometimes the ‘better’ category is right down the aisle, like moving your ice cream from the crowded, premium pint space into the frozen novelty space (where premium is still much rarer).

And don’t be afraid to fight the retail ecosystem’s in-store location prejudices. It may take time, but if you can find higher traffic, better velocity location for the same exact substance, get it packaged and labeled for that more productive cultural spot in the store.