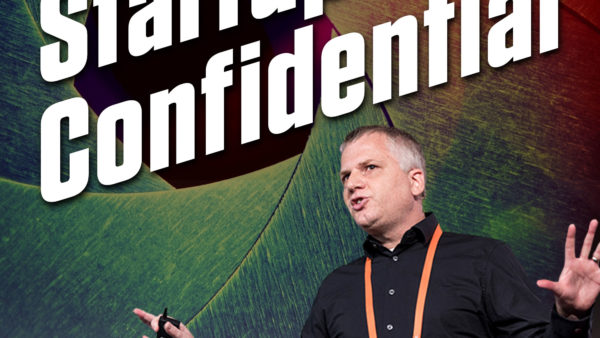 This episode is based on a highly controversial LinkedIn post (who knew?) from a few weeks ago. To be clear, there always exceptions to any valid social generalization. So, don’t over-react. And my commentary here is pointing to founders who left careers in state and federally regulated engineering specialties. Not IT. It’s the regulation part that is so key. Less so the engineering part.

When the government can take your license and your career away with one mistake, you tend to develop a rather risk averse approach to your work and to many decisions.

I’m picking on engineers to make a larger point about risk calculation and calculated risk-taking. I could easily point to my old colleagues in market research firms, where a similar methodological risk-aversion is common.

Look, I see many founders lost in wheel-spinning when they simply have to act. They are over-analyzing because they are terrified of fucking up. They are often perfectionists. Or they were bullied into perfectionism by some risk-averse organization.

Nimbleness, however, is one of your founder super-powers. If you refuse to use it, it’s a major handicap as you compete with larger competitors.

Ok, so what’s up with all these licensed engineers?

Engineering is about applying known science, known principles, proven theory. The solution may be different, but the science is known. Engineers don’t do experimental, theory-chasing.That’s for university labs. But, here’s the thing.  You do chase experiments as a founder. You’re chasing a hypothetical pathway, your product line, to a desired consumer outcome. The symbolic logic embedded in your product line may actually not even be consciously known to you, the intuitively creative founder. Especially, if you are a member of the niche audience you designed it for.

Engineering is about getting it ALL right up front, within tiny margins of error acceptable by regulators. Failure is not acceptable, even in the smallest area of the engineered solution. But amateur new to the CPG industry is simply NOT going to pull this standard off. There’s no money to do the elaborate, academic front-end innovation processes BigCo does routinely. And guess what? The failure rate of CPG products is so high, it’s clear that trying to get everything right before you sell the first case is a broken approach.

Engineering is tightly regulated to prevent any accidents that harm the public or public infrastructure. CPG companies have some aspects of product design regulated by the FDA, mostly to ensure consumer safety. But, the vast majority of the ‘design’ is totally unregulated. And, as I write in my book Ramping Your Brand, some or most of your design will require iteration to connect properly with a strategically high valuable audience it is very hard to pre-determine. The government regulators are NOT concerned with this most fundamental issue, because it doesn’t relate to any public interest, only to your growth and success as a private company.

And that is why engineers should never, ever start early-stage growth businesses alone. They should either find a co-founder OR work within one.

I had to fire an engineer-turned-client last year. First time ever I did this, but he just couldn’t accept the slightest amount of risk of error inside our working relationship. This leads the engineer to try to drive the entire investigation. When you’ve hired me to diagnose your business, this kind of micro-management and perfectionism is a non-starter. You either trust me or you don’t.

I had to end a discovery call with another engineer a month ago. He thought he knew the questions to ask but wouldn’t share any context on the business that would allow me to vet him. When I challenged one of his assumptions, he got super defensive and started blustering. Exactly the behavior I would expect from a perfectionist who doesn’t make mistakes professionally. They aren’t used to the sheer volume of mistakes they’ll make as an amateur founder in an industry  they don’t understand. Pretending they know it all is much easier psychologically.

Engineers want to know how the entire puzzle fits and operate before they sign-off on a design.

That’s awesome for the bridge I take to get home every day. Thank you for your perfectionist genius. Keep it up man!

But if you approach launching a consumer brand this way, how in God’s name will you react when the market rewards your amateur efforts with a big fizzle? It will be either your biggest personal development breakthrough OR you’ll behave like the dude above.

Engineers are awesome for operations and new product development work in your more mature startup. If you run your own facility, I highly recommend you put them in charge. As head of R&D, yes. As CEO, no. Not without a major come-to-Jesus transformation.

When I had my dust-up with a prospective client/engineer, he had asked me “should I use X or Y channel to get traction?” AS if he knew enough to widdle it down to a simple binary choice.

I told him his question was misguided and premature. He could get traction in many channels, depending on who his audience was (which he refused to think about in any other terms than entire nation-states).

He had conveniently avoided the ambiguity of the audience issue, because that’s exactly the kind of non-science component critical to consumer brand building that engineers don’t get. Or they don’t get it easily at all.

And, because he didn’t create the product for himself or anyone he knew. It was created for some unknown group, yet to be determine.

Worse still than this guy, many professional engineers are likely to mock the fundamental marketing issue at play in a successful growth business: who is your key audience? Who is making you the most money and why? How do you find more of them cheaply?

My inadvertent fan-emey expected the channel selection process to magically function like a chemical formula or physics formula.

He couldn’t accept that he would only know when he got out there to see how his specific offering interacted with the external world of consumers. You sell and then discover. Iterate from there.

In the engineer’s mind, the external world is not a source of learning or insight. It’s the place of truth or it’s a source of hell, chaos, shit, lawsuits and ruin. Chaos and experimentation is for the lab, not the real world.

The engineer may iterate their product line when it’s young, yes, because it’s not selling.

But their approach to iteration itself is dysfunctional – they will make some changes and then expect it to magically take-off.

As you can tell by now, I’m not actually talking just about licensed engineers. I’m talking about any of you listening who get mired in pre-think before you’ve collected any data. The key to iteration is to take small-scale, calculated risks early on when the business is very small.

But this is when most founders are the most cash-poor. The latter creates a risk-aversive force almost as powerful as ten years of working in a highly regulated engineering profession. I’ve seen it frequently with otherwise very creative, ballsy founders.

If you can’t risk your entire $250K run-rate business on an iterative change, you better raise a ton of money so you can calm your head down.

The under-capitalized founder is common, but the ones who can keep the shrieking demons of risk aversion at bay while they take badass, calculated  risks with their business are a truly rare group, the lucky few who can grow into Phase 3 where they are more likely to be funded.

Don’t let the terror of your cash situation overtake your ability to iterate intelligently and learn from the marketplace. Don’t act like you’re an oil and gas industry engineer when no lives are indeed at stake.