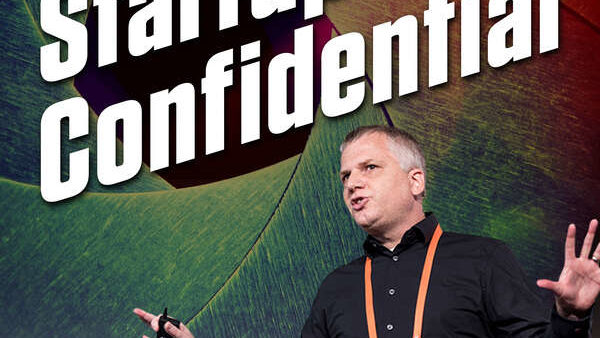 Episode 85 – What Everyone Gets Wrong About Organic…Still

The organic food industry began with misfits and mavericks in the 1970s. Nancy’s yogurt out of Portland, OR is one of the ‘hippie’ brands that started crunchy and now sells nationwide without compromising hardly any of its initial standards.

And it has lots of loyal Baby Boomer organic converts.

One of the big frustrations of my professional life has been the continued statistical spin that journalists and others keep re-issuing regarding the prevalence of consumer interest in all things natural/organic.

This is NOT a coincidence. It’s a product of the post-grad educational bias of media editors and a glorious thing called confirmation bias.

And it’s a conflation of levels of analysis. Journalists aren’t trained in quantitative analysis. I’m starting to lose my patience. So, I want to help out here.

The Surprising Irrelevance of Organic Food to Most Older Americans?

The market share of natural/organic food/beverage is roughly 12% as of 2021.1 Organic produce, specifically, is a sizeable chunk of this market. It’s the gateway for the average household.

If Baby Boomers founded the original natural and organic food companies in the 1960s and 1970s, then it would stand to reason that older Americans would serve as a great laboratory for the prevalence of this slice of the American grocery marketplace.

I mean, older Americans have had more years to gain exposure to the arguments for trading up to organic.

And, they’ve already raised their kids. Pregnancy and child-rearing are the key triggers for switching at least some of your foods to organic standards.

Finally, cancer diagnosis is another big reason consumers switch to ultra-organic pantries. The cancer patient’s logic of extreme purification through an organic diet is mystical but totally understandable.

But, despite the length of older Americans’ exposure to organic options, only 34% of GenX/Boomer adults have ANY natural/organic food in their pantry as of 2022

This is pretty broad reach. Organic food has three times the population reach of its market share. Taken literally, it means that any given person aged 45-74 knows a consumer of natural/organic food, most likely more than one. They are pretty common, but natural/organic is NOT yet a minimum standard in this group.

And it probably won’t ever be.

Well, this is also the age group that grew Frito-Lay’s highly processed food business. Like a lot. In 1958, Frito-Lay had only $58M in revenue (all in the U.S.). Today Frito-Lay North America generates ~$20B in revenue. That’s topline growth 34 times faster than inflation in the same period!3 Older Americans love their processed junk food. Even when they switch to organic produce. This behavioral contradiction is only contradictory to a religiously puritanical organic geek crowd.

But, here’s the real stat you need to understand. It is the stat regarding the prevalence of natural/organic geeks inside this older group. Again, Gen X/Boomers have encountered ALL the major drivers of organic consumption due to their years on Earth.

But only ~5% of them buy 75% or more of their groceries per the natural/organic standard. It’s a tiny little world of organic food geeks, folks.

The power of the main drivers of organic adoption is apparently not that high after all. Most older Americans have only partially heeded the call.

This is the big ‘meh’ behind the organic food movement. It’s largely limited to agricultural commodity shopping in its broad impact on the American diet. And so, it doesn’t affect the majority of our pantries (or dietary intake).

The geeks I just described are an interesting bunch, albeit tiny.

And the issue of overall prevalence of heavy-users. Very different things.

This is where the media themselves drive the reporting bias even further into the area of explaining ‘why’ people buy organic.

They cover ‘organic’ a lot because they themselves are more like to be heavy users. Shocking!

The more educated you are in America the more likely your pantry will be 75%+ organic. If you have a post-grad degree you are three times more likely to be a heavy-eater of organic food than your equally educated peers.

However, this very small group (~5%) is NOT driving most of the sales or volume at all. Only among geeks are the well educated driving volume. Dabblers clearly drive most of the natural/organic food volume. They are selective and content with this selectivity.

So, what’s up with the post-grad folks who convert hard into organic, when they begin their journey of adoption?

A post-grad degree does one thing that few openly acknowledge: it causes you to question received wisdom as a matter of entitlement (not resentment). This can lead to dangerous over-turning of well-established scientific wisdom (the benefit of vaccination). It can also lead to questioning the ‘wisdom’ of industrial agricultural and its use of carcinogenic pesticides and weedkillers like Round Up.

A post-grad degree does another thing though: it hooks you up much more often to a very nice salary. And this salary can easily accommodate the doubling or tripling of your grocery budget (hard to avoid if you’re going to become an organic food geek).

And which occupational class is most heavily skewed to the managerial elite in America (post-grad degree holders and more than $115K in personal income)? The one the DOL entitles: Education, Legal, Community Service, Arts, and Media Occupations.

Sounds like all the people like me who majored in the Humanities in college and then went on to academia, master’s programs or the ultimate dumping ground of the humanities grad: the legal profession. Hell, Michelle Obama is absolutely in this group!

Organic diets are about produce and dairy. The dominant driver is perceived avoidance of dangerous toxins associated technologically with both industries. Whereas most adults don’t perceived the ‘danger’ in a Ritz cracker, they don’t require the organic standard. It’s just pragmatic.

And it’s the pragmatists who actually drive most of the revenue in natural/organic foods. One of my biggest challenges as a marketing consultant is to get founders of natural/organic

to accept the limiting nature of a purity positioning and find the symbolic bridge to a much broader audience.

Reach is the most generous way to spin ‘organic.’ It exaggerates the impact of organic on our diets.

Heavy-usage prevalance is the least generous way but tends to be how we explain why people eat organic food. This not the right group to use though. It’s the weirdos.

The rest of us eat organic oranges AND our Ritz crackers.

That’s all for now folks.

As always, be safe out there.